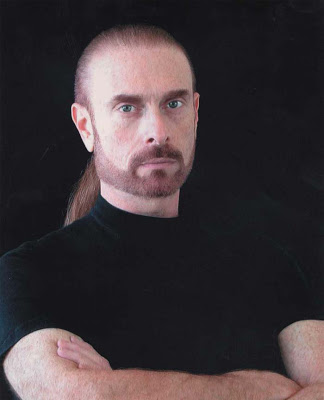 Terry Goodkind is an American writer known for prolifically writing in the genre of fantasy. He suffered from dyslexia at an early age which initially deterred him from writing. He built cabinets and violins for a living before pursuing a career in writing. His first book ‘Wizard's First Rule’ marked the beginning of a never ending successful career. This book was a huge success and was auctioned to a group of publishers at a huge price of $275,000. This encouraged him to come up with some of the most successful novels of his time. Almost all his books have been a best-seller but the most prominent one was ‘Phantom’. The most notable work of his career was ‘The Sword of Truth’ series which has sold more than 25 million copies and has also been translated in more than 20 languages. This series enhanced his reputation as a writer and he became one of the best-selling authors in the world. Apart from being a prominent writer he also loves to take part in semi-professional auto racing and owns a Rahl Racing team. Go through the quotes by the acclaimed writer which will definitely clear out some of your perceptions about life. Following are some famous quotations and thoughts by Terry Goodkind which have been scanned from the vast sea of his work.

If the road is easy, you're likely going the wrong way.

People are stupid. They will believe a lie because they want to believe it's true, or because they are afraid it might be true.

Sometimes, making the wrong choice is better than making no choice. You have the courage to go forward, that is rare. A person who stands at the fork, unable to pick, will never get anywhere.

Love is not about what you want. It's about finding happiness for the one you love.

Nothing marks a man's character better than his attraction to intelligence.

Your life is your own. Rise up and live it.

You can't argue with the fools in the world. It's better to let them have their way, then trick them when they're not paying attention.

Knowledge is a destination. Truth, the journey.

Only those you trust can betray you" ~ Nathan

Admitting that you do not know something is the first step to learning.