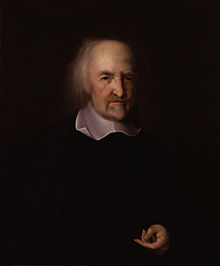 Thomas Hobbes was a famed English philosopher. He is considered as one of the founding fathers of modern political philosophy. ‘Leviathan’ is considered to be his best book. This book laid the foundation for the western political philosophy by establishing the social contract theory. Besides the contributions that he made to political philosophy, Hobbes also enriched several fields including geometry, ethics, general philosophy, physics of gases, history, theology and jurisprudence. Some of the fundamentals of European liberal thoughts were also developed by him. He was also the first one to advocate the need for a centralized government in order to save the society from external and internal dangers. Read through the thoughts, views and opinions by the great philosopher on life, relationships, society, government, human beings and more. Go through the most inspiring and thought-provoking quotes and sayings by Thomas Hobbes.

Curiosity is the lust of the mind.

It is not wisdom but Authority that makes a law.

The right of nature... is the liberty each man hath to use his own power, as he will himself, for the preservation of his own nature; that is to say, of his own life.

Words are the money of fools.

During the time men live without a common power to keep them all in awe, they are in that conditions called war; and such a war, as if of every man, against every man.

The obligation of subjects to the sovereign is understood to last as long, and no longer, than the power lasteth by which he is able to protect them.

In the state of nature profit is the measure of right.

Leisure is the Mother of Philosophy.

Science is the knowledge of consequences, and dependence of one fact upon another.

That a man be willing, when others are so too, as far forth as for peace and defense of himself he shall think it necessary, to lay down this right to all things; and be contented with so much liberty against other men, as he would allow other men against himself.

The disembodied spirit is immortal; there is nothing of it that can grow old or die. But the embodied spirit sees death on the horizon as soon as its day dawns.