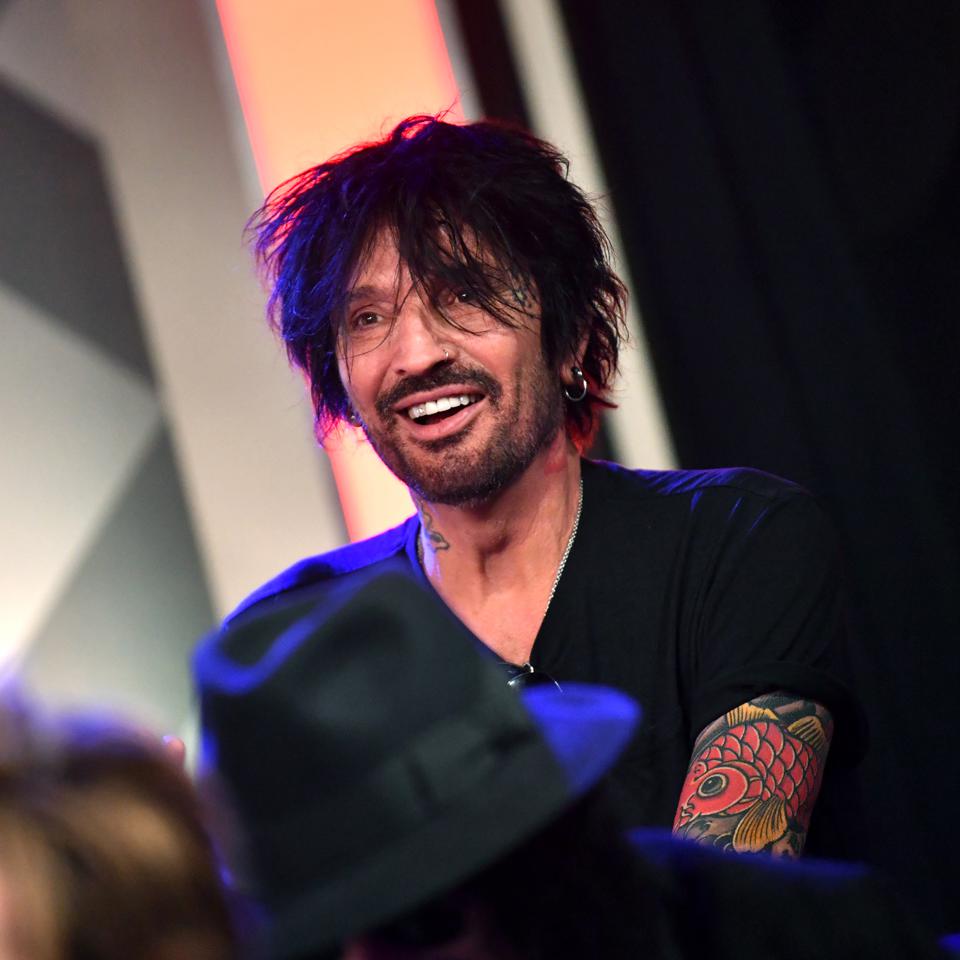 Tommy Lee Bass is a celebrated Greek-American heavy metal musician. He is renowned as the founder and drummer of the metallic band, ‘Motley Crue’. Lee started his music career with a band ‘Suite 19’ and played the Sunset trip during the early 1970s. He later founded ‘Motley Crue’ along with Nikki Sixx and that is when he was named ‘T-bone’. It did not take much time for this band to grab the attention of music lovers. This band released few top selling albums including ‘Girls, Girls, Girls’ and ‘Dr.Feelgood’. They also have few single hits in their kitty which include ‘Shout at the Devil’ and ‘Theatre Pain’. Apart from band music, Lee also had few single hits that include ‘Never a Dull Moment’ and ‘Blue’. Following is a collection of thoughts and views by the amazingly gifted musician which has been assimilated from his work, life, tweets, interviews and public utterances. Go through the quotes and thoughts by Tommy Lee that will surely rock your world.

Just because we are wearing lipstick doesn't mean we can't kick your ass!

I'm a hopeless fu**ing romantic. That's a part of me that a lot of people don't know about. They know everything there is to know about another part of me, but not a thing about my heart.'- Tommy Lee

When you're playing upside down, it takes twice the strength.

I've always loved the mixture of crushing live drums with a programmed groove, that really cool blend, like in the verse there's a really funky drum beat that is programmed then it comes in to the chorus; you've got that enormous human feel where the band kicks in.

No one really buys records anymore. You can look at sales and do that math real quick. Unfortunately, it's fast food in the music industry. People don't ingest full records anymore.

It sounds kind of strange, but Jail time was almost a good experience for me.

The very first thing I look at on a woman is her toes.

The older I get, the more I donegan't care what people think or what people say. I just do what moves me.

So there we were shooting Jack Daniels into our veins, like what the fuck we can just drink it.

The horses forced into the chuckwagon races die of heart attacks, broken necks, broken legs, and other injuries. It'd be easy to get off on western tradition without this bloody spectacle. Dude, it's the Old West, not ancient Rome!

I take the best of all the styles I like and put them together in one package.

One of my favorite things in the world is to be seeing two people that are really old, still holding hands, still kissing.