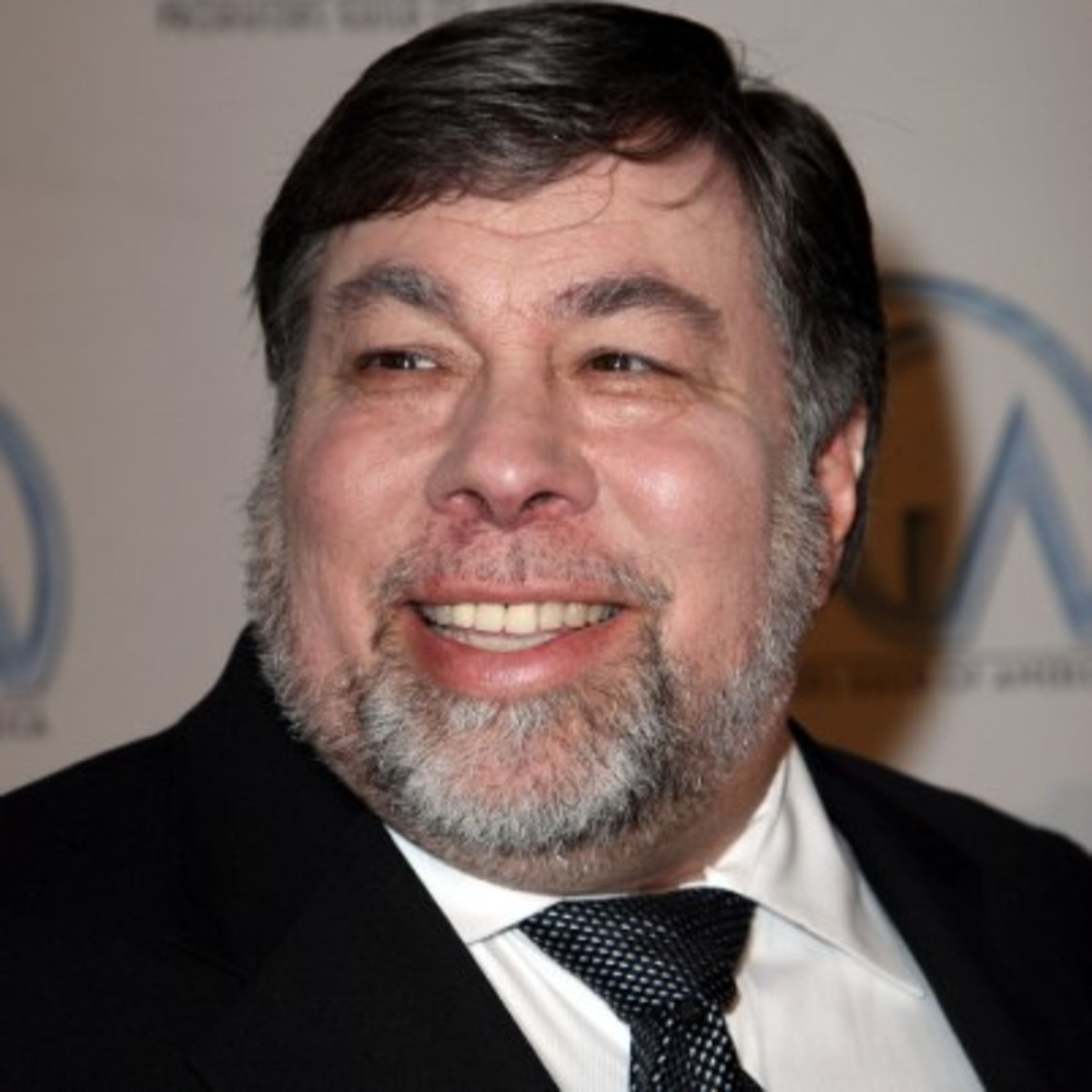 Steve Wozniak, along with Steve Jobs, was the man behind the personal computer revolution during the 70s and 80s. This American technology entrepreneur, inventor, programmer and electronics engineer co-founded the monumental multinational technology giant ‘Apple Inc’. He was instrumental in the development of Apple I and Apple II computers. The credit for various Apple patents such as Microcomputer for use with video display, Apparatus for digitally controlling PAL color display and Controller for magnetic disc, recorder, or the like goes to Wozniak. Wozniak has received several honorary degrees from various prestigious institutes such as ‘University of Colorado’, ‘North Carolina State University’ and ‘Michigan State University’. Apart from bagging the ‘Isaac Asimov Science Award’ from the American Humanist Association, he was the recipient of prestigious awards such as ‘ACM Grace Murray Hopper Award’ and ‘National Medal of Technology’. He was also inducted into the ‘Manufacturing Hall of Fame’ by the Industry Week. Many renowned artists played the role of Wozniak in numerous feature films, movies and television series. The most popular of them being ‘Steve Jobs: The Man in the Machine’, ‘Pirates of Silicon Valley’ and ‘The Secret History of Hacking’. Here’s a compilation of his enlightening quotes and thoughts that give us a glimpse of his mind. Take a look at the popular sayings and quotations by Steve Wozniak.

Never trust a computer you can't throw out a window

If you love what you do and are willing to do what it takes, it's within your reach.

I learned not to worry so much about the outcome, but to concentrate on the step I was on and to try to do it as perfectly as I could when I was doing it.

There are good things I see on Samsung phones that I wish were in my iPhone. I wish Apple would use them and could use them, and I don't know if Samsung would stop us.

Not every Apple product makes a big enough difference to me to get instantly, although many do.

My primary phone is the iPhone. I love the beauty of it. But I wish it did all the things my Android does, I really do.

To give of yourself is much more important than giving a gift you can buy.

Our first computers were born not out of greed or ego, but in the revolutionary spirit of helping common people rise above the most powerful institutions.

I hope you're as lucky as I am. The world needs inventors--great ones. You can be one. If you love what you do and are willing to do what it really takes, it's within your reach. And it'll be worth every minute you spend alone at night, thinking and thinking about what it is you want to design or build. It'll be worth it, I promise.

Steve Jobs doesn't use a Mac, and won't, because it's too crappy in his opinion.

I just believe in whatever you're going to do, even if it's work, have a little bit of fun attitude about it. You can be happy.