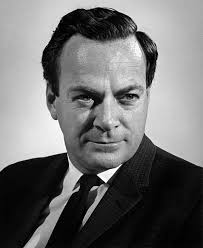 Richard Feynman was an eminent American theoretical physicist who specialized in quantum electrodynamics, particle physics and quantum mechanics. He is renowned for his parton model, theory of quantum electrodynamics, path integral formulation and superfluidity of super cooled liquid helium. Feynman received the Nobel Prize in Physics jointly with Shin’ichro Tomonaga and Julian Schwinger in 1965 for his contributions towards the growth of quantum electrodynamics. The pictorial representation that he gave which governed the behaviour of subatomic particles known as Feynman diagrams are till date used by physicists around the globe. He became one of the most well-known scientists around the world for his thoughts, work, theories, lectures, writings and discoveries. We have compiled some famous sayings and thoughts by Richard Feynman which are used as quotable quotes to this date. Presenting the popular quotes and thoughts by Richard Feynman.

The ideas associated with the problems of the development of science, as far as I can see by looking around me, are not of the kind that everyone appreciates.

Investigating the forces that hold the nuclear particles together was a long task.

I don't understand what it's all about or what's worth what, but if the people in the Swedish Academy decide that x, y or z wins the Nobel Prize, then so be it.

We seem gradually to be groping toward an understanding of the world of subatomic particles, but we really do not know how far we have yet to go in this task.

The situation in the sciences is this: A concept or an idea which cannot be measured or cannot be referred directly to experiment may or may not be useful. It need not exist in a theory.

Quarks came in a number of varieties - in fact, at first, only three were needed to explain all the hundreds of particles and the different kinds of quarks - they are called u-type, d-type, s-type.

When I would hear the rabbi tell about some miracle such as a bush whose leaves were shaking but there wasn't any wind, I would try to fit the miracle into the real world and explain it in terms of natural phenomena.

We're always, by the way, in fundamental physics, always trying to investigate those things in which we don't understand the conclusions. After we've checked them enough, we're okay.

There is nothing that living things do that cannot be understood from the point of view that they are made of atoms acting according to the laws of physics.

Often one postulates that a priori, all states are equally probable. This is not true in the world as we see it. This world is not correctly described by the physics which assumes this postulate.