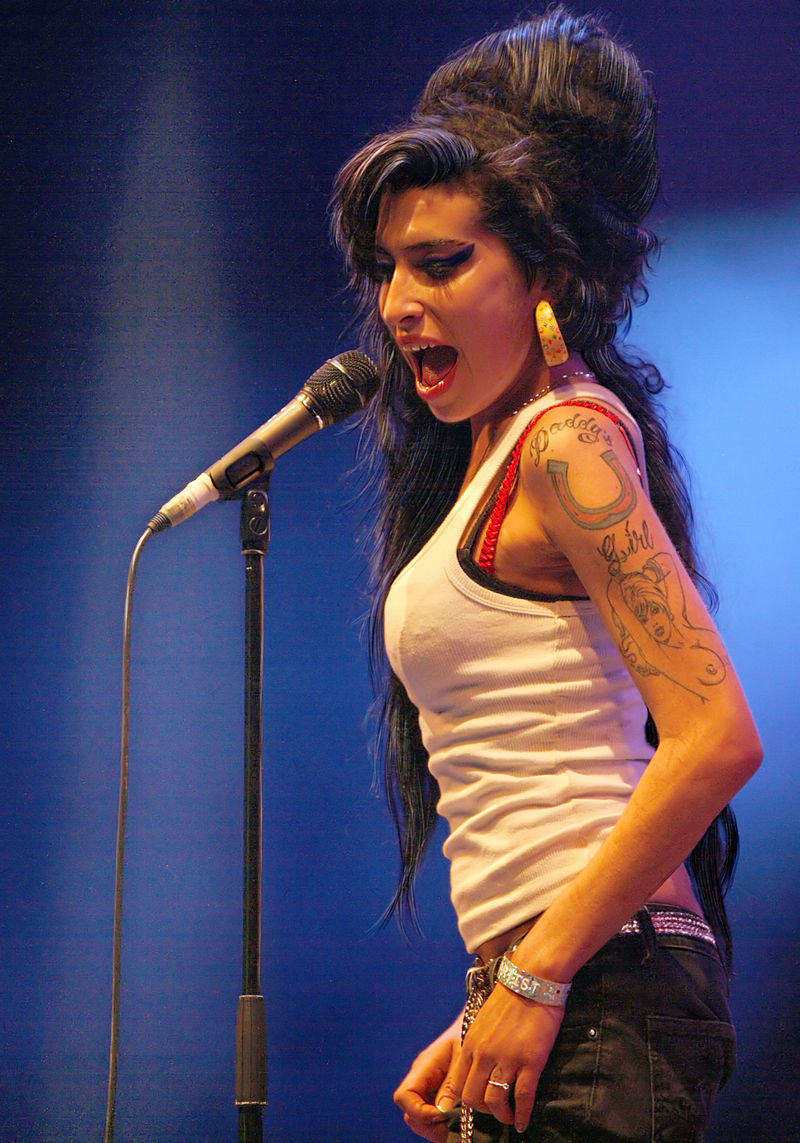 Amy Jade Winehouse (14 September 1983 - 23 July 2011) was an English singer and songwriter. She is known for his deep, audible voice and his mix of musical genres, including soul, rhythm and blues and jazz. A member of the National Youth Jazz Orchestra during his youth, Winehouse signed Simon Fuller's 19 Management in 2002 and soon recorded several songs before signing a publishing agreement with EMI. She also forged a working relationship with producer S Salaam Remi over these record-breaking publishers. Winehouse's first album, Frank, was released in 2003. Many of the album's songs were influenced by jazz and, with the exception of two covers, were co-written by Winehouse. Frank was a critical success in the UK and was nominated for the Mercury Prize. The song "Stronger Than Me" won him an Ivor Novello award for Best Contemporary Song from the British Academy of Songwriters, Composers, and Authors.

I would say that jazz is my own language.

I know I'm talented, but I wasn't put here to sing. I was put here to be a wife and a mom and look after my family. I love what I do, but it's not where it begins and ends.

I'm of the school of thought where, if you can't sort something out for yourself, no one can help you. Rehab is great for some people but not others.

My justification is that most people my age spend a lot of time thinking about what they're going to do for the next five or ten years. The time they spend thinking about their life, I just spend drinking.

I like pin-up girls. I'm more of a boy than a girl. I'm not a lesbian, though - not before a sambuca anyway.

If I died tomorrow, I would be a happy girl.

I really started writing music to challenge myself, to see what I could write.

Having listened to great songwriters like James Taylor and Carole King, I felt there was nothing new that was coming out that really represented me and the way I felt. So I started writing my own stuff.

I really thought I was on the way out. My husband Blake saved my life. Often I don't know what I do, then the next day the memory returns. And then I am engulfed in shame.