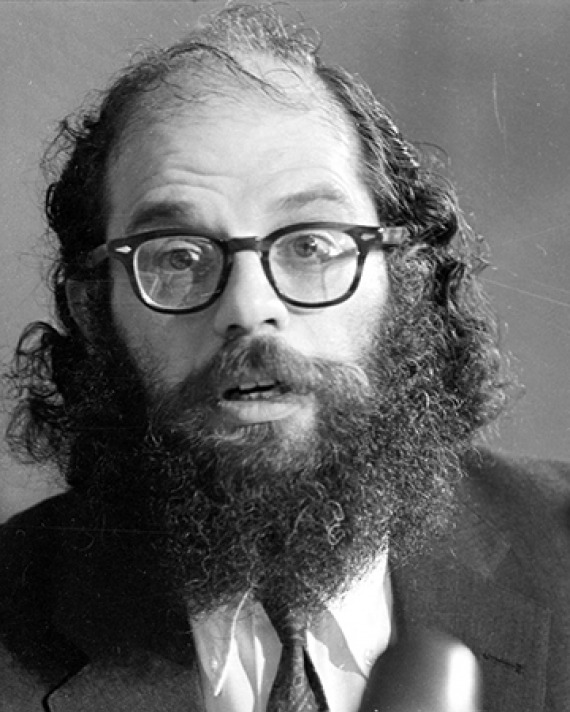 Allen Ginsberg was born on June 3, 1926, in Newark, New Jersey, and eventually became one of the founding fathers of the Beat Generation and his critically acclaimed poem "Howl." Ginsberg was a prolific writer and activist for gay rights and anti-war activism, defending the Vietnam war and coining the phrase "The Power of History." Even with his literary background, he was recognized as one of America's foremost writers and artists. He died on April 5, 1997, at the age of 70.

"I don't think there is any truth. There are only points of view."

"We're all golden sunflowers inside."

"Poetry is not an expression of the party line. It's that time of night, lying in bed, thinking what you really think, making the private world public, that's what the poet does."

"Our heads are round so thought can change direction"

"I know too much and not enough"

"Poetry is the one place where people can speak their original human mind. It is the outlet for people to say in public what is known in private."

"I really believe, or want to believe, really I am nuts, otherwise I'll never be sane."