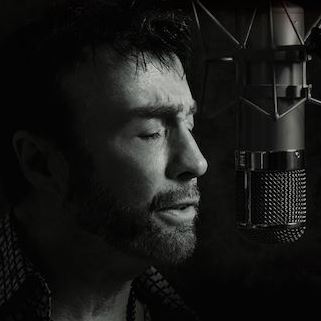 Paul Rodgers is an English singer and songwriter, best known for being a member of the Free and Bad Company. Often regarded as the most influential musician in the history of rock music, he has been dubbed "The Voice" by his fans. Born "Paul Bernard Rodgers" on December 17, 1949 in Middlesbrough, England, he learned guitar and paino and began writing songs as a child.

There's a lot of trickery that can go on in the studio, and there's a lot that one can do - none of which I am interested in even slightly. I mean, you can actually tune vocals and stuff like that, but it's so hideous, I can't believe it.

I am proud to be a Canuck.

You've had all that punk and New Wave thing, and I think people have really got sick up to here with it. I know I have.

Of course I was a fan when I was a kid. That's what made me get into it, the whole rock n' roll fantasy.

Life is so mundane, isn't it? It's great to hear a guitarist getting into it and the rhythmic section blasting, even if it's all meaningless.

Artists like Otis Redding, Sam & Dave, Albert King, Ann Peebles, Isaac Hayes, and so many more gave me hope when I was an angst-filled teenager trying to make sense of it all... They were my teachers. Through their music, I learned how to live, how to be true to myself, and how to tell my story as a songwriter the way that I was feeling it.

Otis Redding, his voice, there was something spiritual and unworldly and at the same time, very deeply connected with the human connection and the way one feels about life in general, love, life, and everything, really.

There were personality clashes in Free, really. I think it's as simple as that; I think we felt we weren't leaving each other enough room to develop in our own way, and we were restricting each other. So we said, let's go different ways.

I don't like lyrics to be overbearing. I like them to say something. But I'm not trying to change the world overnight. Something simple and understandable that people can relate their own everyday experiences to.

A song like 'Shooting Star' - the thought process behind writing that song was that I looked around and thought, 'Wow, there's a lot of people dying at that time in the music business.'

I got the idea for the song 'Bad Company' when I saw a poster for the Jeff Bridges movie, and it reminded of an old Victorian picture that I'd once seen, and it said, 'Beware of bad company.' So I sat down at the piano and started to write the song.

When I first started writing songs, I looked around at the bands that were making it, and they all had the original material. Jimi Hendrix, the Beatles, the Stones - everybody was writing their own songs. That's the way that you established your own identity.