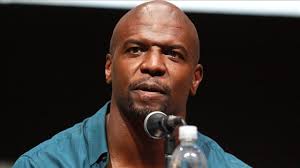 Terry Crews was born in Flint, Mickey, in 1968 and was signed by the Los Angeles Rams in 1991. After many years playing street football, Crews retired from acting and ran a screen game in 2000 on the 6th Day. Many film roles have been followed, among them the White Chicks (2004), The Expendables (2010) and their sequels, and Bridesmaids (2011). The Crews found success on the small screen, with repetitive ideas on We We Here Yet ?, Arrested Development and Brooklyn Nine-Nine. Also known as appearing in the Old Spice commercial series, the Crews launched The Family Crews in 2010, a reality series that took place for his entire family.

Embrace failure. Never never quit. Get very comfortable with that uneasy feeling of going against the grain and trying something new.