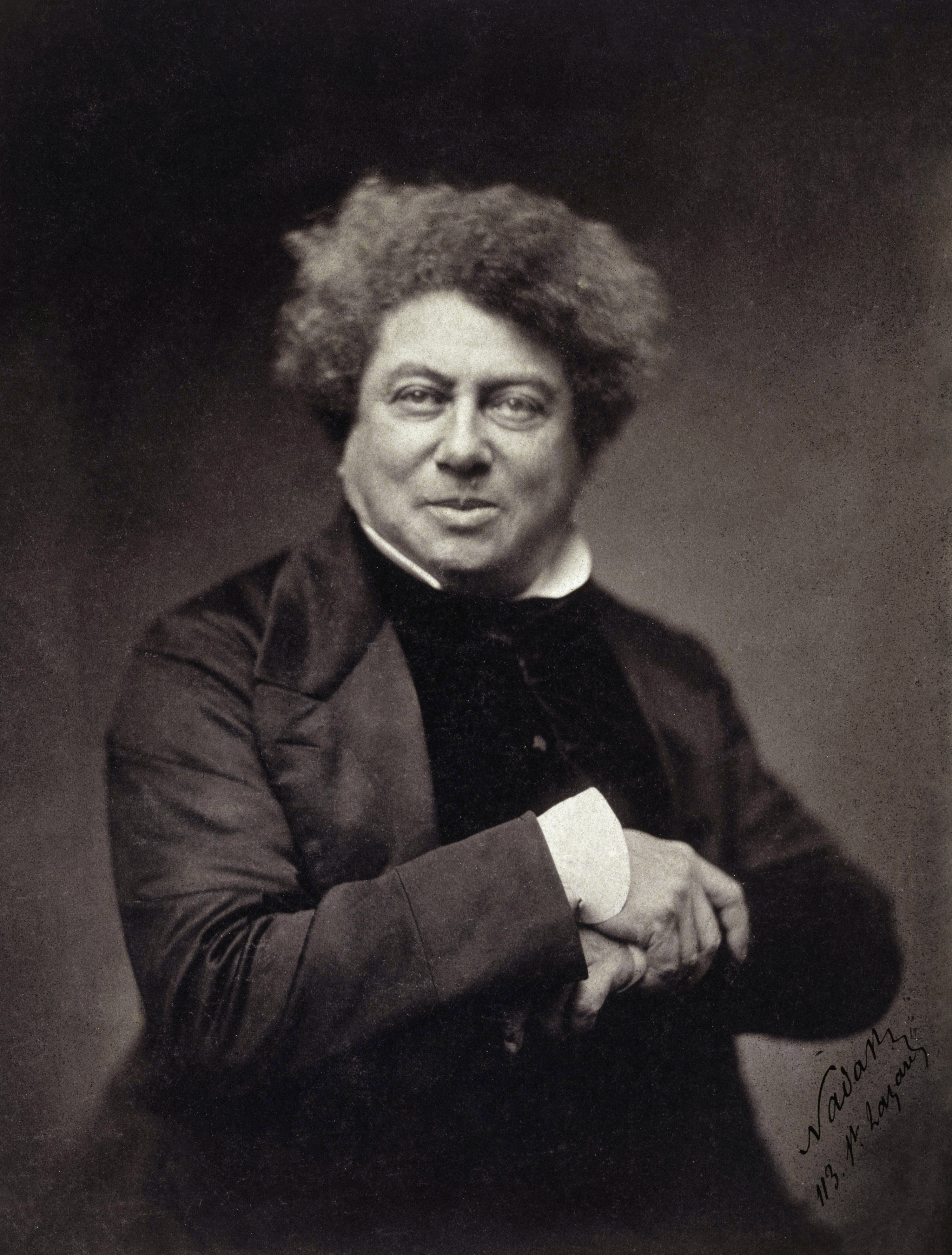 Alexandre Dumas established himself as one of the most popular and influential writers in France, known for dramas and adventure history novels such as The Musketeers and The Count of Monte Cristo. He died December 5, 1870, in Puys, France. His works have been translated into over 100 languages ​​and translated into numerous films.

A person who doubts himself is like a man who would enlist in the ranks of his enemies and bear arms against himself. He makes his failure certain by himself being the first person to be convinced of it.

"I am not proud, but I am happy; and happiness blinds, I think, more than pride."

"Woman is sacred; the woman one loves is holy."

"Moral wounds have this peculiarity - they may be hidden, but they never close; always painful, always ready to bleed when touched, they remain fresh and open in the heart."

"Life is a storm, my young friend. You will bask in the sunlight one moment, be shattered on the rocks the next. What makes you a man is what you do when that storm comes."

"It's necessary to have wished for death in order to know how good it is to live."

"All human wisdom is contained in these two words--"Wait and Hope."

"How did I escape? With difficulty. How did I plan this moment? With pleasure."

"As a general rule...people ask for advice only in order not to follow it; or if they do follow it, in order to have someone to blame for giving it."