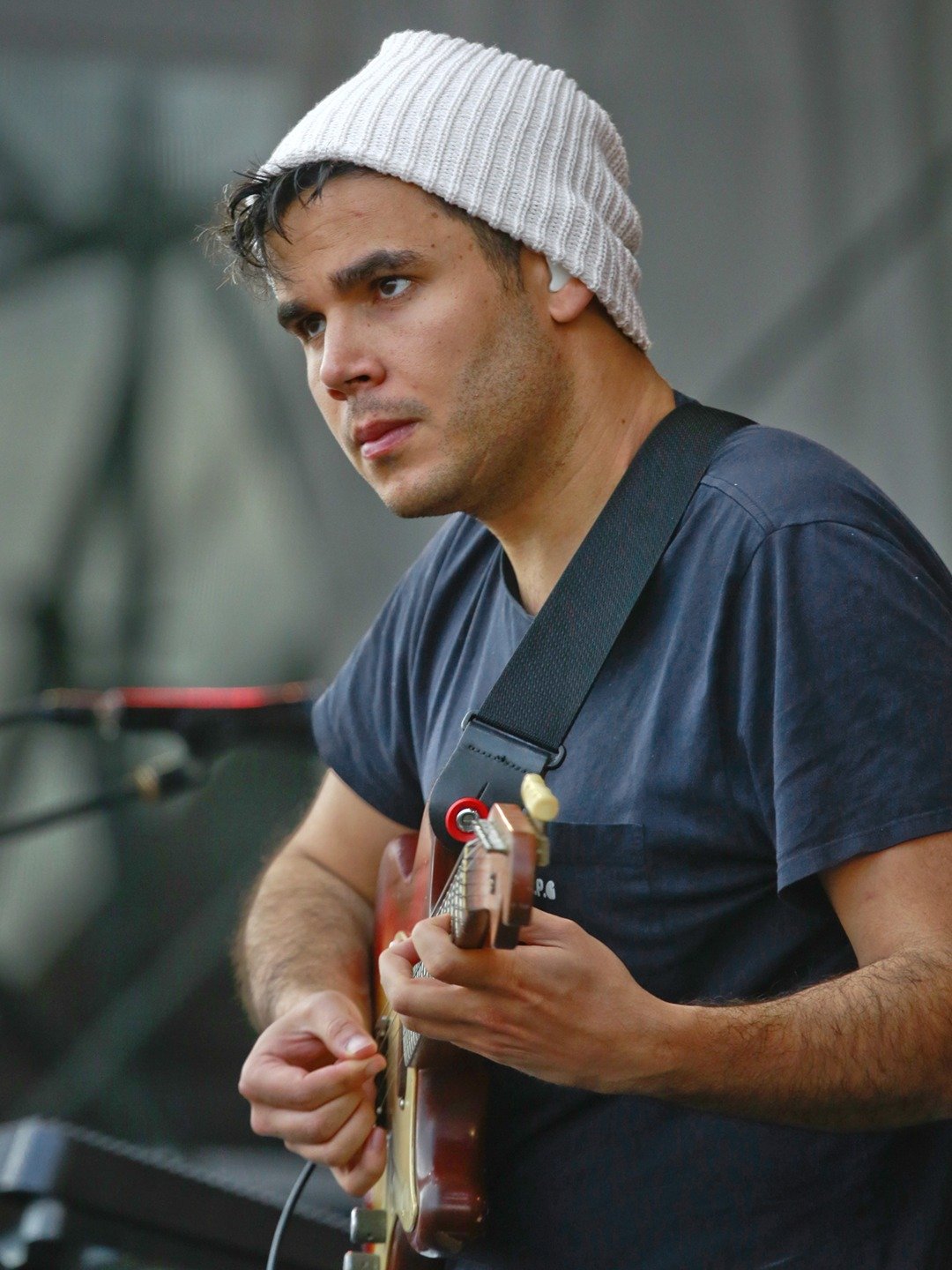 Rostam Batmanglij born on November 28, 1983, known as Rostam, is an American producer, songwriter and composer. He was the first member of the band Vampire Weekend, producing his first three albums. He has been described as one of the largest producers of pop and indie-rock in his generation. Rostam also works as a solo artist and is a member of the electro-soul Discovery group. He released his debut album at the age of 27, Vampire Weekend Contra.

I guess my first instrument was the recorder when I was about five or six.

I started playing guitar when I was 14.

What's interesting about Vampire Weekend, everyone in the band, except for me, had a band in high school in which they were the lead singers. And I'm the one who never had that experience.

The first Vampire Weekend record was the first full-length album that I produced.

Whenever I work on a project I put all of myself into it.

I don't have to just have one kind of life. I can have several different creative lives.

I tend to use different microphones, different mic techniques, and different recording mediums - like analogue tape - that evoke multiple eras of recorded music at the same time.

I'm very aware of what, say, electric guitar recordings in the '60s sounded like.

Yeah, I'd always wanted to do a song with finger-picked, nylon-string guitar.

I feel like when I was in college I was listening to the Walkmen a lot and I actually have a memory of having a dream and in the dream I saw the Walkmen perform with saxes.

Shangri-La is one of the few studios in which you can sit in the control room and open a window behind you. You can feel the light and the air coming off the ocean. You can have a musical world in front of you and the natural world behind you.

In the West we are constantly hit with music of Middle Eastern descent signifying terror, intrigue or sorrow.