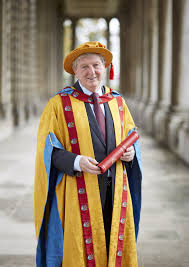 Roy Hodgson, a former England football player and manager of the England national football team, was born in Croydon, Surrey (August 9, 1947). Hodgson's father, originally from Walton, Liverpool, worked in a chemical factory and his mother was a baker in town. His family lived in the building where Steve Kember, one of Hodgson's classmates at John Ruskin Grammar's school, attended. They both played for the school football team, a side that included Lennie Lawrence. Bob Houghton, joined the school in sixth form.

I think any manager who tells you, 'I am very good at keeping my equilibrium. I'm always calm and reasoned, and results don't affect me particularly. I can take the good with the bad, and I can put the wins and the losses in perspective,' you will find a special person. I've never met one.

There is so much interaction in a football match: between you and your team-mates and how you support each other, work for each other, make runs. But I also enjoy the other aspect: the pressing and how people work so hard to recover the ball.

Everywhere I've managed, I've left a platform for my successor to build on, and this is a great satisfaction for me, even if I don't necessarily get the recognition for it.

It's true that if it's always going to be that if you win the World Cup or European Championship, you're a success, and if you don't, you're a failure, then you're bedding yourself for a lack of success because there aren't many coaches who have won those things, and there are thousands who haven't.

Getting that first foot on the rung of the ladder, that's where you find it easier to shrug off those times when your foot slips off, and you have to get yourself going again.

It wasn't purely Alex Ferguson's experience that made him a good manager, because he did it when he was inexperienced. But if you've got the qualities needed, and then you add experience to it, someone who's been through it, well, that has to be advantageous. There's no doubt about that.

In an ideal world, the season would end, and the players would have two to three weeks by the beach. You'd have four to five weeks of preparation, and then you'd play the tournament.

Fans jump on your bandwagon and desert you when you hit the harder times.

As far as I'm concerned, if you're only going to call managers who have won a trophy any good, then basically, you have four or five.