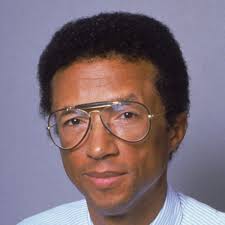 Arthur Ashe became the first (and always the only), American male tennis player, to win belts at the US Open and Wimbledon. He was the first African American to win the No. 1 spot in the world and the first to gain entry to the Tennis Hall of Fame. Every time an activist, when Ashe learned that he had contracted HIV through a blood transfusion, turned his attention to his efforts to raise awareness about the disease, before he was finally defeated by February 6, 1993.