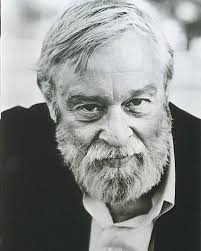 Born in Yonkers, New York, Yates came from an unstable home. His parents divorced when he was three years old and much of his childhood was spent in many different cities and settlements. Yates first became interested in journalism and writing while studying at Avon Old Farms School in Avon, Connecticut. After leaving Avon, Yates joined the army and served in France and Germany in the late 1940's and early 1950's. On his return to New York he worked as a freelance journalist, freelance writer (by briefly recording Senator Robert Kennedy's speeches), a public writer at Remington Rand Corporation. His career as a writer began in 1961 with the publication of the road known as Revolutionary Road. He later taught writing at Columbia University, the New School for Social Research [1], Boston University (where his papers were kept) [3], and the University of Iowa Writer's Workshop. In 1962, he wrote a screenshot of William Styron's Lie Down In Darkness film version. Twice separated from the father of three daughters, Yates died of complications from minor surgery in Birmingham, Alabama in 1991. It is thought that his alcoholism and smoking habit contributed to his premature death.

If you don’t try at anything you can’t fail… it takes back bone to lead the life you want.