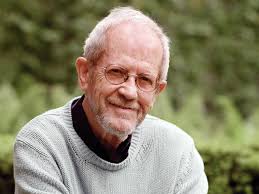 ELMORE LEONARD, a novelist and screenwriter, has received a serious complaint about his false propaganda. He became interested in writing in 1935, after reading the serialization of All Quiet in the West Front in the Detroit Times. Touched by this story, he wrote a novel-based play in his fifth grade class, using the "Man's World" desks. In high school he wrote an essay or two on a school paper but spent most of his time reading. After graduating in 1943, Leonard joined the navy and served in Seabee's unit in the South Pacific. He left the ministry in 1946 and enrolled at the University of Detroit, where he began writing again, entered short story competitions and placed third in one of them.