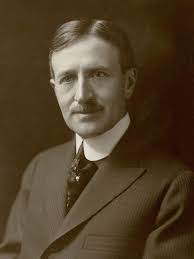 Born in 1868 and raised in the village of Columbiana, OH, the childhood of Harvey Samuel Firestone was not unusual. H grew up with two brothers and a sister on a large farm built by his grandfather, but unlike most people at this time, Harvey graduated from high school and graduated from college business in Cleveland. His career in the tire industry began when he started working by selling his uncle's carrier business. Within a few years, however, Firestone began to notice changes in the transportation industry. As a result, he adjusted his focus to building a company that could produce car tires, rather than driving cars.

The secret of my success is a two word answer: Know people.