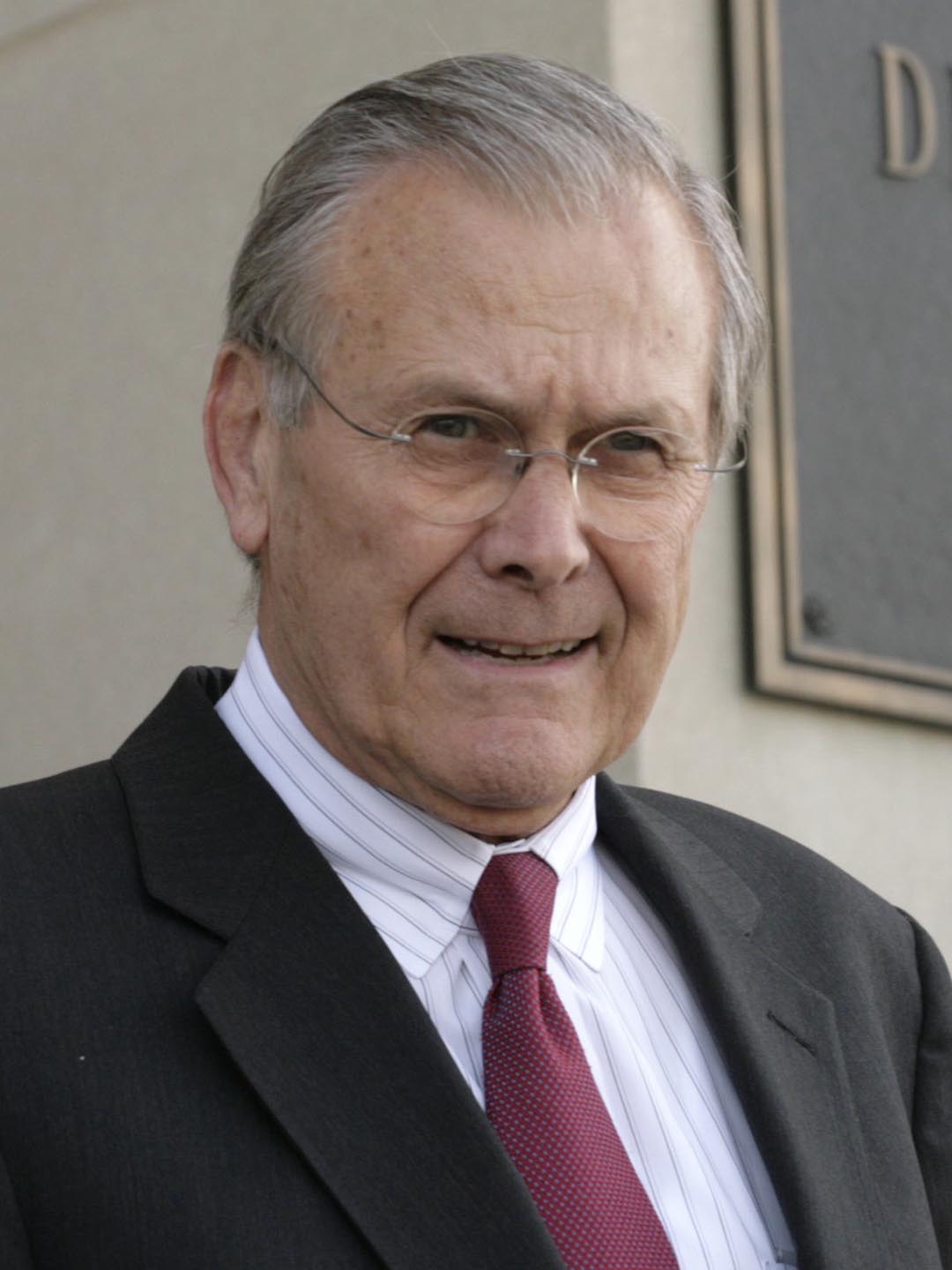 Donald Rumsfeld served as secretary of defense in the U.S. during the 2003 War in Iraq. In that capacity, he helped persuade President George W. Bush (see entry) to invade Iraq. He has also worked with American military leaders to organize Operation Iraqi Freedom. The strategy by Rumsfeld and other military leaders succeeded in capturing Baghdad and removing Iraqi leader Saddam Hussein (see entry) from power after several weeks of fighting. But Rumsfeld faced some criticism for failing to consider the problems U.S. forces encountered in Iraq after the end of the war.

"Don't automatically obey Presidential directives if you disagree or if you suspect he hasn't considered key aspects of the issue."

"Our task, your task... is to try to connect the dots before something happens. People say, 'Well, where's the smoking gun?' Well, we don't want to see a smoking gun from a weapon of mass destruction."

"I can't tell you if the use of force in Iraq today will last five days, five weeks or five months, but it won't last any longer than that."

"Congress, the press, and the bureaucracy too often focus on how much money or effort is spent, rather than whether the money or effort actually achieves the announced goal."

"Public servants are paid to serve the American people. Do it well."

"Many people around the President have sizeable egos before entering government, some with good reason. Their new positions will do little to moderate their egos."

"If the staff lacks policy guidance against which to test decisions, their decisions will be random."