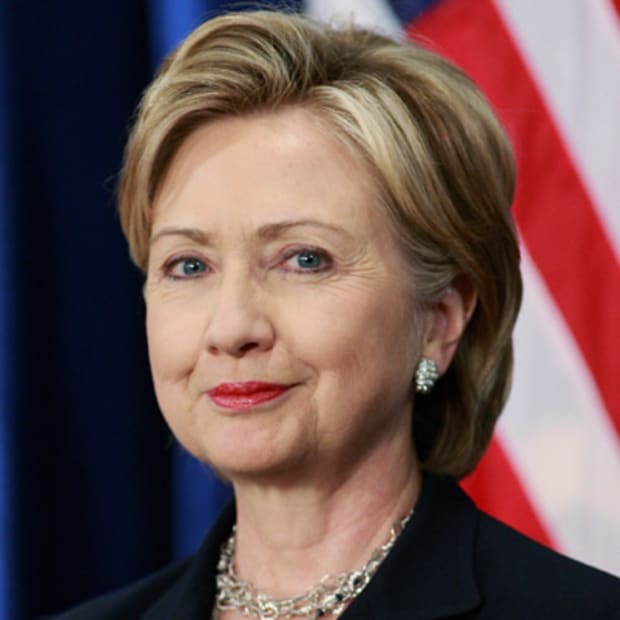 Hillary Clinton was born in Chicago and went on to earn her law degree at Yale University. She married Bill Clinton, who graduated in law in 1975. She later worked as the first woman from 1993 to 2001, and was also a member of the US senator from 2001 to 2009. In early 2007, Clinton announced her plans to become president. During the 2008 democratic elections, he accepted the nomination when it emerged that Barack Obama had a large number of people who had voted. After winning the national election, Obama appointed Clinton's Secretary of State. She was sworn in as part of his cabinet in January 2009 and served until 2013. In the spring of 2015, she announced her plans to run for re-election. In 2016, she became the first woman in U.S. history To be the president of a major political party. After a campaign rally against former GOP member Donald Trump, Clinton lost the November general election.

"My father was a small-businessman, and if he didn't get up and go to work, there would be no business."

"And I will repeat today what I have said throughout this campaign. I will not raise taxes on the middle class. I will give you tax relief to help ease these burdens."

"When I became secretary of state, I felt one of my primary jobs was building relationships around the world."

"When I negotiated the ceasefire in Gaza with President Morsi, he was, you know, very involved."

"I respect the Congress's oversight responsibility."

"You know, one of the things my husband says when people say 'Well, what did you bring to Washington,' he said, 'Well, I brought arithmetic.'"

"The people of New York took a big chance on me. And I'm well aware of that."

"I never thought I would end up being the Senator from New York."

"Democracies have to be careful that they do not become so process-driven."

"I don't think that strategically it is smart to begin cutting your options when the other side does not move at all."

"You know no one will ever accuse me as having the same policies as George W. Bush."

"What I found when I became Secretary of State was a lot of doubts and a lot of concerns and fears from friends, allies, around the world."