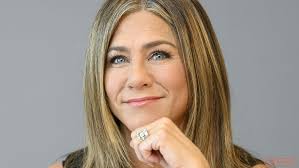 Jennifer Aniston's parents were both actors and encouraged her desire for higher sports in drama. Aniston had a small role before taking on the role of defining work on TV satcom Friends like Rachel Green. Since its completion in 2004, the actress has starred in several films including The Break-Up, Horrible Bosses and Cake. Aniston also won the SAG Award in 2020 for her contribution to the TV series The Morning Show.

Once you figure out who you are and what you love about yourself, I think it all kind of falls into place.

People who avoid the brick walls - all power to ya, but we all have to hit them sometimes in order to push through to the next level, to evolve.

Cancer affects all of us, whether you're a daughter, mother, sister, friend, coworker, doctor, patient.

I've always loved to combine different scents to come up with my own unique thing.

I was always the mediator.

I'm not sitting dwelling about the past or stressing or fretting about something in the future.

I want to see friends more and travel more.

Everybody who has ever been snubbed, you know that is very humiliating.

I feel sexy in my jeans and wearing my boyfriend's T-shirt.

The women that inspire me are the ones who have careers and children; why would I want to limit myself? I've always wanted to have children, and I would never give up that experience for a career. I want to have it all.

I think a good relationship is about collaboration.