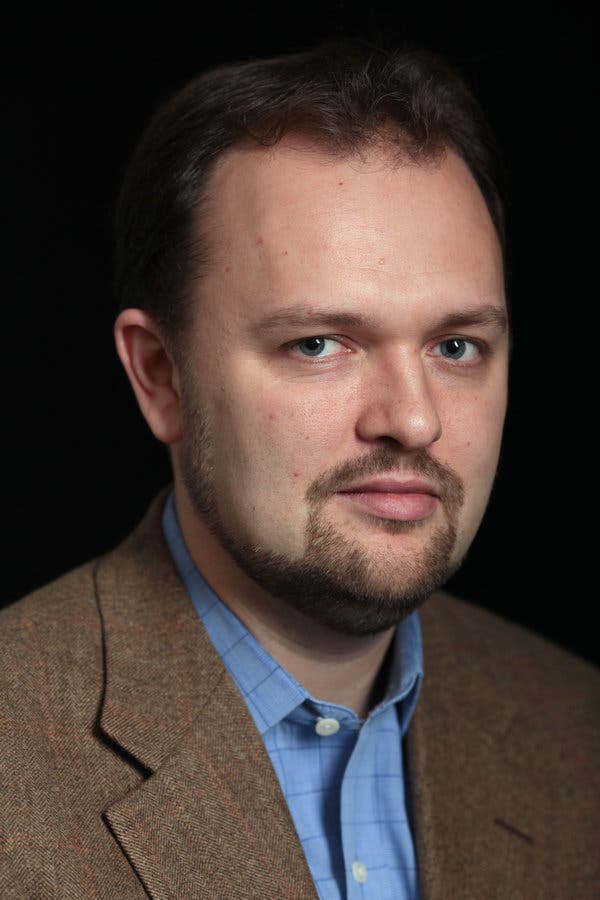 Ross Douthat is the author of a New York Times op-ed page. He is the author of To Change the Church, Bad Religion, and Privilege, and coauthor of the Grand New Party. Prior to joining the New York Times, he was a major Atlantic editor. He is a film critic of the National Review film, and directs the weekly New York Times podcast, The Argument. He lives in New Haven with his wife and three children.

Our great national drama was a westward expansion that conquered a native population rather than coexisting with it.

When it comes to explaining the phenomenon of right-wing populism, liberals are likely to argue both that the populist era has exposed a darkness always present at the heart of conservative politics and that a toxic, post-truth new-media ecosystem has greased the skids for President Trump, Brexit and the rest.

I read a lot of G.K. Chesterton. It was a fairly conventional intellectual path to the Catholic church, I would say.

Our immigrants joined a settler culture, Anglo-Saxon and Protestant, that demanded assimilation to its norms.

Time and again a close election leads to hand-wringing about the need for Electoral College reform; time and again, politicians and parties respond to the college's incentives, and more capacious and unifying majorities are born.

America's gravest moral evil, chattel slavery, was defeated by an authoritarian president in a religious civil war, not by proceduralism or constitutional debate.

I had just been sort of raised and formed in a general Christian context, and it seemed to my teenage self that I found the argument for Catholicism very compelling. To the extent that there was a personal driving force, it was more on the intellectual side of things than the mystical or deeply personal. When I converted, I thought it was true.

When I started reading George R.R. Martin's 'A Song of Ice and Fire' novels, it was the late 1990s and obsessing over fantasy novels was (if painful memory serves) a super-nerdy thing to do.

Every elite seeks its own perpetuation, of course, but that project is uniquely difficult in a society that's formally democratic and egalitarian and colorblind.

I think it was a good and necessary thing that the American upper class diversified, and that more African-Americans and Jews and Catholics (like myself) and women now share privileges and powers once reserved for Protestant white men.

In the end the recrudescence of racism on the right is conservatism's problem to solve, and it has to be solved independently of whatever liberals and leftists happen to be saying. But the task of solving it still gets a little harder with every nonsense charge or bad-faith accusation.

Every year at this time I join a growing number of journalistic flagellants in enumerating things that I got wrong in the previous annum's worth of columns.