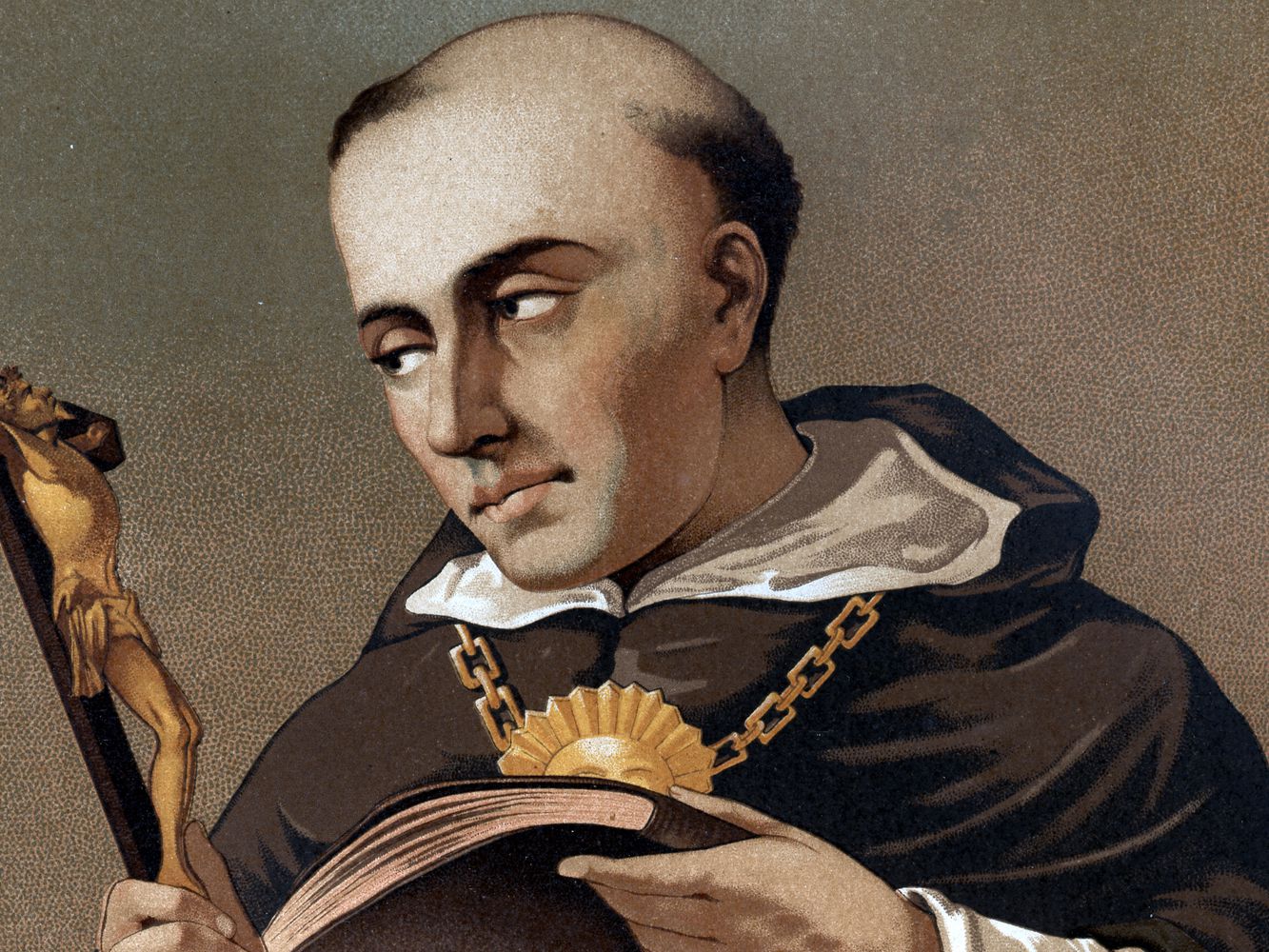 Thomas Aquinas was a distinguished Italian Catholic priest, Doctor of the Church, and Dominican friar. He was also an exceptionally illustrious jurist, philosopher, and theologian, and was also renowned as Doctor Communis and Doctor Angelicus. He is regarded as the first classical adherent of natural theology. He is also considered to be the father of Theomism for his argument that reason is found in the Almighty. Aquinas called Aristotle ‘the Philosopher’ and embraced a number of ideas that were put forth by the latter. The Eucharistic hymns by Aquinas form a part of the Church ritual. We have gathered some notable quotes and sayings by Thomas Aquinas, which has been collected from his works, writings, thoughts, philosophies, teachings, preaching and life. Go through the motivational quotes and thoughts by Thomas Aquinas.

Beware the man of a single book.

There is nothing on this earth more to be prized than true friendship.

Fear is such a powerful emotion for humans that when we allow it to take us over, it drives compassion right out of our hearts.

The soul is like an uninhabited world that comes to life only when God lays His head against us.

Grant me, O Lord my God, a mind to know you, a heart to seek you, wisdom to find you, conduct pleasing to you, faithful perseverance in waiting for you, and a hope of finally embracing you. Amen.

The things that we love tell us what we are.

The Study of philosophy is not that we may know what men have thought, but what the truth of things is.

Sorrow can be alleviated by good sleep, a bath and a glass of wine

Most men seem to live according to sense rather than reason.