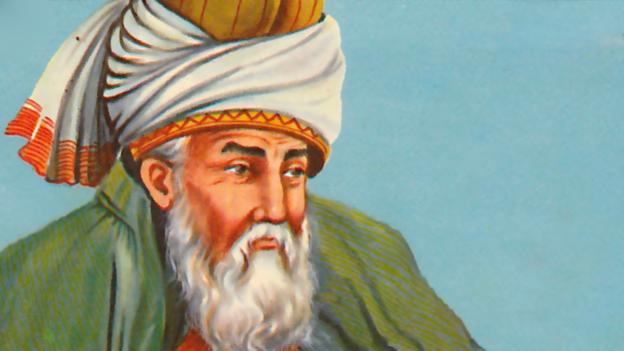 Maulana Jalaluddin Rumi was a 13th-century Persian poet, Islamic activist and Sufi mystic. He is considered one of the great spiritual and poetic authorities. Born in 20007 AD, he belonged to a family of theologians. He used the conditions of daily life to describe the spiritual world. Rumi's poems have gained immense popularity, especially among the Persian speakers of Afghanistan, Iran and Tajikistan. Many poems written by the great poet have been translated into different languages.

Out beyond the ideas of wrongdoing and rightdoing, there is a field. I’ll meet you there.

These pains you feel are messengers. Listen to them.

We carry inside us the wonders we seek outside us.

When will you begin that long journey into yourself?

You are not a drop in the ocean. You are the entire ocean, in a drop.

Whatever lifts the corners of your mouth, trust that.

My soul is from elsewhere, I’m sure of that, and I intend to end up there.

In the blackest of your moments, wait with no fear.

By God, when you see your beauty you will be the idol of yourself.

I should be suspicious of what I want.

Maybe you are searching among the branches, for what only appears in the roots.

I want to sing like the birds sing, not worrying about who hears or what they think.