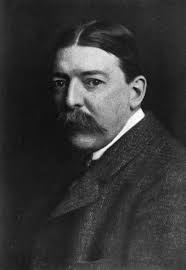 George Edward Woodberry, Litt. D., LL. D. (1855–1930) was an American literary critic and poet. Born in Beverly, Massachusetts, Woodwood graduated from Harvard College in 1877, and became a professor of English at the University of Nebraska. In 1891-1904 he was a professor of comparative literature at Columbia University. He was nominated for the American Academy of Arts and Letters. In 1930 he was awarded after receiving one of the first three Fost Frost awards for the lifeblood of poetry by the Poetry Society of America. He also wrote a lot of books. Other publications: Edited Percy Bysshe Shelley's Full Poetical Works (1892); Essays of the Lamb of Elijah (1892); Works by Edgar Allan Poe, with E. C. Stedman (1894); and select Aubrey de Vere's Poems (1894). He has written songs for "National Studies in American Letters," and Columbus University Studies in Comparative Literature, (nine volumes). "Failure is not the worst failure. What you should not try is true failure.

Defeat is not the worst of failures. Not to have tried is the true failure.