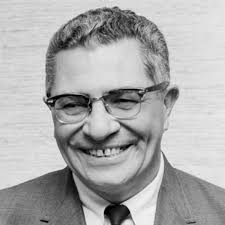 Vince Lombardi was born in Brooklyn, New York, in 1913. As head coach and general manager of the Green Bay Packers, Lombardi led the team to three NFL tournaments and to the Super Bowls I and II (1967 and 1968). As a result of his success, he became a national symbol of one-on-one determination to win. As a coach, general manager and shareholder for the Washington Redskins, Lombardi led the team to his first 14-year winning team in 1969. He died of colon cancer in 1970.

Winning is a habit. Unfortunately, so is losing.

“The price of success is hard work, dedication to the job at hand, and the determination that whether we win or lose, we have applied the best of ourselves to the task at hand.”

“The quality of a person’s life is in direct proportion to their commitment to excellence, regardless of their chosen field of endeavor.”

“Individual commitment to a group effort, that is what makes a team work.”

“Winning isn’t everything – It’s the only thing.”

“After the cheers have died down and the stadium is empty, after the headlines have been written and after you are back in the quiet of your room and the championship ring has been placed on the dresser and all the pomp and fanfare has faded, the endu.””In great attempts, it is glorious even to fail.”

“Football is like life – it requires perseverance, self-denial, hard work, sacrifice, dedication and respect for authority.”

“Leaders are made, they are not born. They are made by hard effort, which is the price which all of us must pay to achieve any goal that is worthwhile.”

“I firmly believe that any man’s finest hour, the greatest fulfillment of all that he holds dear, is the moment when he has worked his heart out in a good cause and lies exhausted on the field of battle, victorious.”

“Leadership rests not only upon ability, not only upon capacity; having the capacity to lead is not enough. The leader must be willing to use it. His leadership is then based on truth and character. There must be truth in the purpose and will power in the character.”