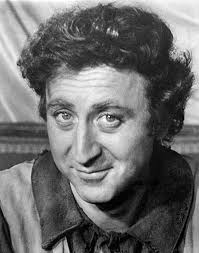 Gene Wilder began his film career with Bonie and Clyde of 1967, but became famous as a favorite of writer / director Mel Brooks. His wacky roles in films such as Willy Wonka & the Chocolate Factory, Black Saddles and the young Frankensteineimade are also an unforgettable icon. In his later years, Wilder became a prolific writer, writing memo and several novels. He was married to actress / comedian Gilda Radner, until her death in 1989. Gene Wilder passed away on August 28, 2016 at the age of 83.

"If you're not gonna tell the truth, then why start talking?"

"If something comes along that's really good, and I think I would be good for it, I'd be happy to do it. But not too many came along. I mean, they came along for the first, I don't know, 15, 18 films, but I didn't do that many. But then I didn't want to do the kind of junk I was seeing."

"Mel Brooks is one of the few authentic geniuses working in comedy in America today."

"I worked two days in Texas and two days in Hollywood on 'Bonnie and Clyde,' and that was it. I had no idea how it was going to turn out. And when I saw it, I was so upset, or fascinated, or something, by the sight of myself on the screen that I could hardly pay attention to the rest of the movie."

"We all grew up on movies with scenes where the actor is lying, and you know he's lying, but he wants to make sure you know it's a lie, and so he overacts and all but winks at you, and everybody in the world except for the girl he's talking to knows he's lying."

"What good is a character who's always winking at the audience to let them in on the secret?"

"When I was in desperate trouble for maybe eight or nine years, I went to a neuropsychiatrist."

"I don't like giving speeches. It makes me nervous."

"I feel very Jewish, and I feel very grateful to be Jewish. But I don't believe in God or anything to do with the Jewish religion."

"The thing I love about making movies is the peace of mind that I know I don't have to be perfect the first time. I can be perfect the second time or the third time."

"What do actors really want? To be great actors? Yes, but you can't buy talent, so it's best to leave the word 'great' out of it. I think to be believed, onstage or onscreen, is the one hope that all actors share."