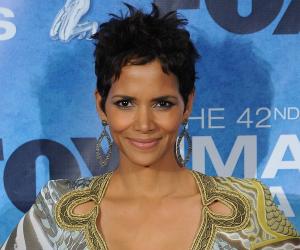 "A person's self-esteem has nothing to do with how she looks."

"Throughout my career I have been talked out of things I wanted to do, and when I look back, I think I should have followed my instincts."

"Being biracial is sort of like being in a secret society. Most people I know of that mix have a real ability to be in a room with anyone, black or white."

"I'm not the girl for super high fashion because I don't have the right body. When I want to get dressed up, I'm a Roberto Cavalli girl."

"Being a mother is probably the most important thing in my life right now."

"If you're of multiple races, you have a different challenge, a unique challenge of embracing all of who you are but still finding a way to identify yourself and I think that's often hard for us to do."

"People win 'Oscars', and then it seems like they fall off the planet. And that's partly because a huge expectation walks in the room and sits right down on top of your head."

"I don't think I'm unlike a lot of people. I am just someone who is trying to find that mate, and I think it's a really hard thing to do."

"I am a hopeless romantic. And I won't stop till I get it right."

"I'm not done with love, but I refuse to settle."

"I think we have become obsessed with beauty and personally I'm really saddened by the way women mutilate their faces today in search of that."