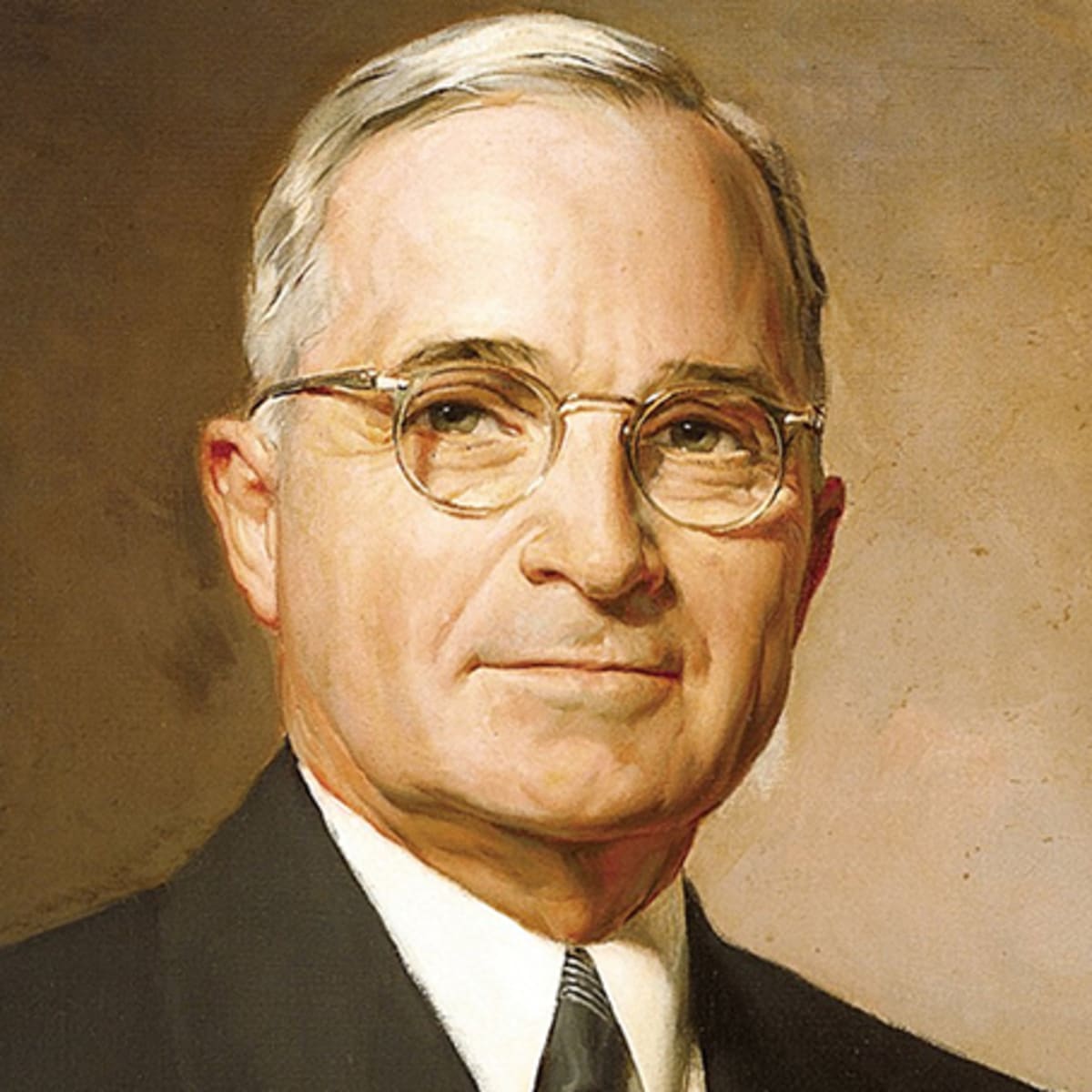 Harry S. Truman was the first president of Franklin Delano Roosevelt 82 days before Roosevelt died and Truman became the 33rd president. During his first months in office, he dropped an atomic bomb on Japan, ending World War II. His goal of communist content began with the Cold War, and he began U.S. involvement in the Korean War. Truman resigned in 1953 and died in 1972.

"Being too good is apt to be uninteresting."

"It sure is hell to be president."

"Well, I wouldn't say that I was in the great class, but I had a great time while I was trying to be great."

"This administration is going to be cussed and discussed for years to come."

"I have found the best way to give advice to your children is to find out what they want and then advise them to do it."

"Most of the problems a President has to face have their roots in the past."

"Upon books the collective education of the race depends; they are the sole instruments of registering, perpetuating and transmitting thought."

"I've said many a time that I think the Un-American Activities Committee in the House of Representatives was the most un-American thing in America!"

"Whenever a fellow tells me he's bipartisan, I know he's "going "to vote against me."

"The human animal cannot be trusted for anything good except en masse. The combined thought and action of the whole people of any race, creed or nationality, will always point in the right direction."