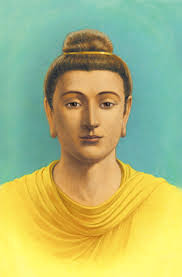 Buddha, born with the name Siddhartha Gautama, was a teacher, philosopher and spiritual leader regarded as the founder of Buddhism. He lived and taught in a region near the present-day border of Nepal and India sometime between the sixth and the 4th centuries. The word Buddha means "exalted" or "enlightened." While scholars agree that Buddha was actually present, the days and days of his life are still debated. According to the well-known story of his life, after trying various teachings for years, and finding none of them acceptable, Siddhartha Gautama spent a pleasant night and meditated deeply under the tree. During his meditation, all the answers he sought were clear, and he gained full insight, and thus became a Buddhist.

The mind is everything. What you think you become.

It is better to travel well than to arrive.

There is no fear for one whose mind is not filled with desires.

Work out your own salvation. Do not depend on others.

If anything is worth doing, do it with all your heart.

A man is not called wise because he talks and talks again; but if he is peaceful, loving and fearless then he is in truth called wise

Do not look for a sanctuary in anyone except your self.

No one saves us but ourselves. No one can and no one may. We ourselves must walk the path.

All that we are is the result of what we have thought.

If we fail to look after others when they need help, who will look after us?

One who acts on truth is happy in this world and beyond.

Give, even if you only have a little.