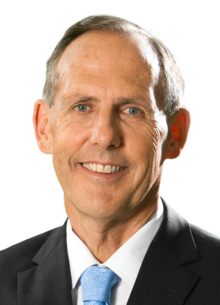 Bob Brown resigned as leader of the Greens in 2012 and resigned from the Australian Senate in June 2012. Brown led the Australian Greens from the formation of the party in 1992 to April 2012. In 1978 Bob was appointed director of the Tasmania Wilderness Society and led the campaign. prevent the construction of the Franklin dam. He spent 19 days in prison and on the day of his release, in 1983, became a member of the Tasmanian Parliament. Bob was elected Australian Senate in 1996. From 2002 to 2004, when small groups took power in the Senate, Brown became a well-known politician. He was re-elected in 2001 and 2007. Bob Brown was also the first openly member of the Australian Parliament, and the first openly gay leader of an Australian political party. Bob lives with his partner Paul in Tasmania and travels a lot. Bob has published many books including memoir and picture books and poetry books. He has also received numerous awards, including the United Nations.

Seeing the whales off James Price Point, mothers, babies, bull whales, seeing the count, going up into the thousands of these whales, the assurance that they will be ok with a mega port, mega ships and a huge factory ashore, is now clearly proven wrong.

So far as we know, Earth is the only planet which supports life, and it is the only planet on which we can survive. Our bodies and our minds are fashioned by it. Our hearts resonate with it. There will be little joy for the human spirit if we destroy the natural fabric of Earth with nothing left to do but go shopping. When we imagine the world a century from now, when we look our great grandchildren in the eye and see them smiling back at us because they know we cared for them, we smile too!

We must have an expansionary vision, one that captures the imagination and diversity of the whole community, one which benefits a nation which has moved beyond the basics of literacy and numeracy and which wants to develop a learning culture.

With a small fraction of the hundreds of billions of dollars spent on the Iraq war, the US and Australia could ensure every starving, sunken-eyed child on the planet could be well fed, have clean water and sanitation and a local school to go to.

I have seen such an immense change from the total repression and criminality of homosexuality in my lifetime. It does make me much more buoyant and optimistic about the future. If that change can occur in that time there's hope for many other changes.

I am not a conventionally religious man, but in the wilderness I have come closest to finding myself and knowing the universe and accepting God - by which I mean accepting all that I don't know.

In securing the future of the planet, we secure happiness for ourselves. One of the aims of the Greens is to turn around the tide of pessimism amongst the young people of the world.

Globally the Greens have arisen like a spontaneous combustion, a reaction to the narrow-minded state-backed exploitation of resources and wealth for a few at the expense of the many.

There are better alternatives, ... Australia should be exporting its solar technology, not its uranium.

Every time I get a bit worried about having made some second rate choices in life I go back and read about the Suffragettes or William Wilberforce, people who were 'wrong' in their own time, and think, 'Ah well.

The future will either be green or not at all.