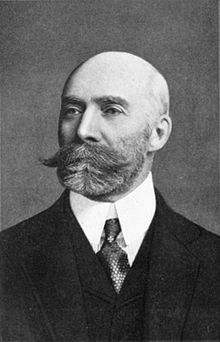 A man can be a victim of his own circumstances, or he may choose to rise above them for a better life. Orison Swett Marden has chosen this past. His life was not easy; he was an orphan at the age of seven, and he was left to fend for herself and his two sisters. He started reading self-help books, which greatly encouraged him to escape from the deceptive power of poverty and self-reliance. The founder of ‘Success’ magazine, Marden is revered as one of the founding fathers of modern American success organization. His book, Pushing to the Front, sold many copies and became one of the mainstays of the self-help book. Part of the New Thought Movement, a spiritual set that connects the region with personal growth, Marden has also written numerous books for New Thought Movement-based magazine, 'The Nautilus'. He has written more than twenty books, many of which are revered and read today as timeless classics. Before his death, he had left a collection of manuscripts that had not been printed.

"There is no investment you can make which will pay you so well as the effort to scatter sunshine and good cheer through your establishment."

"There is no stimulus like that which comes from the consciousness of knowing that others believe in us."

"Deep within man dwell those slumbering powers; powers that would astonish him, that he never dreamed of possessing; forces that would revolutionize his life if aroused and put into action."

"Every youth owes it to himself and to the world to make the most possible out of the stuff that is in him..."

"There is genius in persistence. It conquers all opposers. It gives confidence. It annihilates obstacles. Everybody believes in a determined man. People know that when he undertakes a thing, the battle is half won, for his rule is to accomplish whatever he sets out to do."

"There is something greater than wealth, grander even than fame -- manhood, character, stand for success... nothing else really does."

"But how shall I get ideas? ''Keep your wits open! Observe! Observe! Study! Study! But above all, Think! Think! And when a noble image is indelibly impressed upon the mind -- Act!"

"It is like the seed put in the soil -- the more one sows, the greater the harvest."

"The beginning of a habit is like an invisible thread, but every time we repeat the act we strengthen the strand, add to it another filament, until it becomes a great cable and binds us irrevocably thought and act."

"Our trials, our sorrows, and our grieves develop us..."

"The Universe is one great kindergarten for man. Everything that exists has brought with it its own peculiar lesson. The mountain teaches stability and grandeur; the ocean immensity and change. Forests, lakes, and rivers, clouds and winds, stars and flowers, stupendous glaciers and crystal snowflakes, -- every form of animate or inanimate existence, leaves its impress upon the soul of man. Even the bee and ant have brought their little lessons of industry and economy."

"Obstacles are like wild animals. They are cowards but they will bluff you if they can. If they see you are afraid of them... they are liable to spring upon you; but if you look them squarely in the eye, they will slink out of sight."