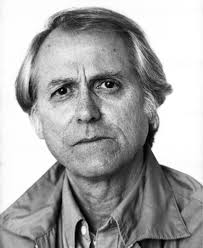 Don DeLillo, an American producer, writer and author was born on November 20, 1936 in the United States of Italy in the Bronx, New York. As a child DeLillo lived in a small house with eleven residents but he remembers in the 'Bronx' a closed area that never seemed to be a problem. As a teenager DeLillo had no desire to write until he was in his teens when he took a summer job as a parking attendant, where he developed a habit of studying during work hours.

"How I would enjoy being told the novel is dead. How liberating to work in the margins, outside a central perception. You are the ghoul of literature."

"The future belongs to crowds."

"No sense of the irony of human experience, that we are the highest form of life on earth, and yet ineffably sad because we know what no other animal knows, that we must die."

"I've got death inside me. It's just a question of whether or not I can outlive it."

"California deserves whatever it gets. Californians invented the concept of life-style. This alone warrants their doom."

"Sometimes I see something so moving I know I’m not supposed to linger. See it and leave. If you stay too long, you wear out the wordless shock. Love it and trust it and leave."

"He wanted to fuck her loudly on a hard bed with rain beating on the windows."

"There are dead stars that still shine because their light is trapped in time. Where do I stand in this light, which does not strictly exist?"

"The greater the scientific advance, the more primitive the fear."

"All plots tend to move deathward. This is the nature of plots."

"It was important for him to believe that he'd spent his life among people who kept missing the point."