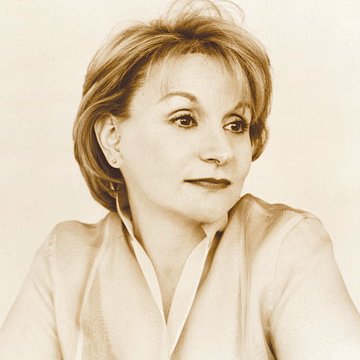 Sarah Ban Breathnach is an American public speaker, author and philanthropist. She is very successful and one of the best-selling authors in the U.S. Breathnach had initially wanted to be an actress and in order to fulfil her ambition, she went to London, United Kingdom at the age of 25. However, things did not work out as planned and after returning to the United States, she started contributing articles on fashion to different publications. Eventually she started her career as a writer after her marriage and ‘Mrs. Sharp’s Traditions’ and ‘The Victorian Nursery Companion’ are among her noted early works. However, she shot to fame with her novel ‘Simple Abundance’ published in 1995 and some of her other noted works include, ‘The Illustrated Discovery’ ‘Journal’, ‘Something More’, ‘Peace and Plenty’, ‘A Man’s Journey to Simple Abundance’, ‘Moving On’, ‘The Best Part of the Day’ and ‘A Simple Abundance: A Daybook of Comfort and Joy’ among others. Among the books she has written, ‘A Simple Abundance: A Daybook of Comfort and Joy’ was a runaway success and enjoyed a run of around two years in the ‘New York Times Best Seller List’. The below collection of Sarah Ban Breathnach’s most famous quotes have been excerpted from her writings, papers, speeches, novels and thoughts. We bring to you a collection of sayings and quotes by Sarah Ban Breathnach that are sure to life your spirits.

Life is not made up of minutes, hours, days, weeks, months, or years, but of moments. You must experience each one before you can appreciate it.

Faith is the very first thing you should pack in a hope chest.

Success in life is not how well we execute Plan A; it's how smoothly we cope with Plan B.

Not having money to spend doesn’t mean we can’t have well-spent moments every day. (42)

Always remember, it’s simply not an adventure worth telling if there aren’t any dragons.

This is how women self-sabotage and self-destruct. Unless we have constant witnesses to our hard work, we are convinced we pull off every day of our lives through smoke and mirrors. (27)

Let passion be your muse. Let her guide and teach you to trust your instincts.

Celebrate the Sacred in the ordinary.

Every day offers us simple gifts when we are willing to search our hearts for the place that's right for each of us. (January 15)

Learning to live in the present moment is part of the path of joy.

Live for the event, not the outcome.