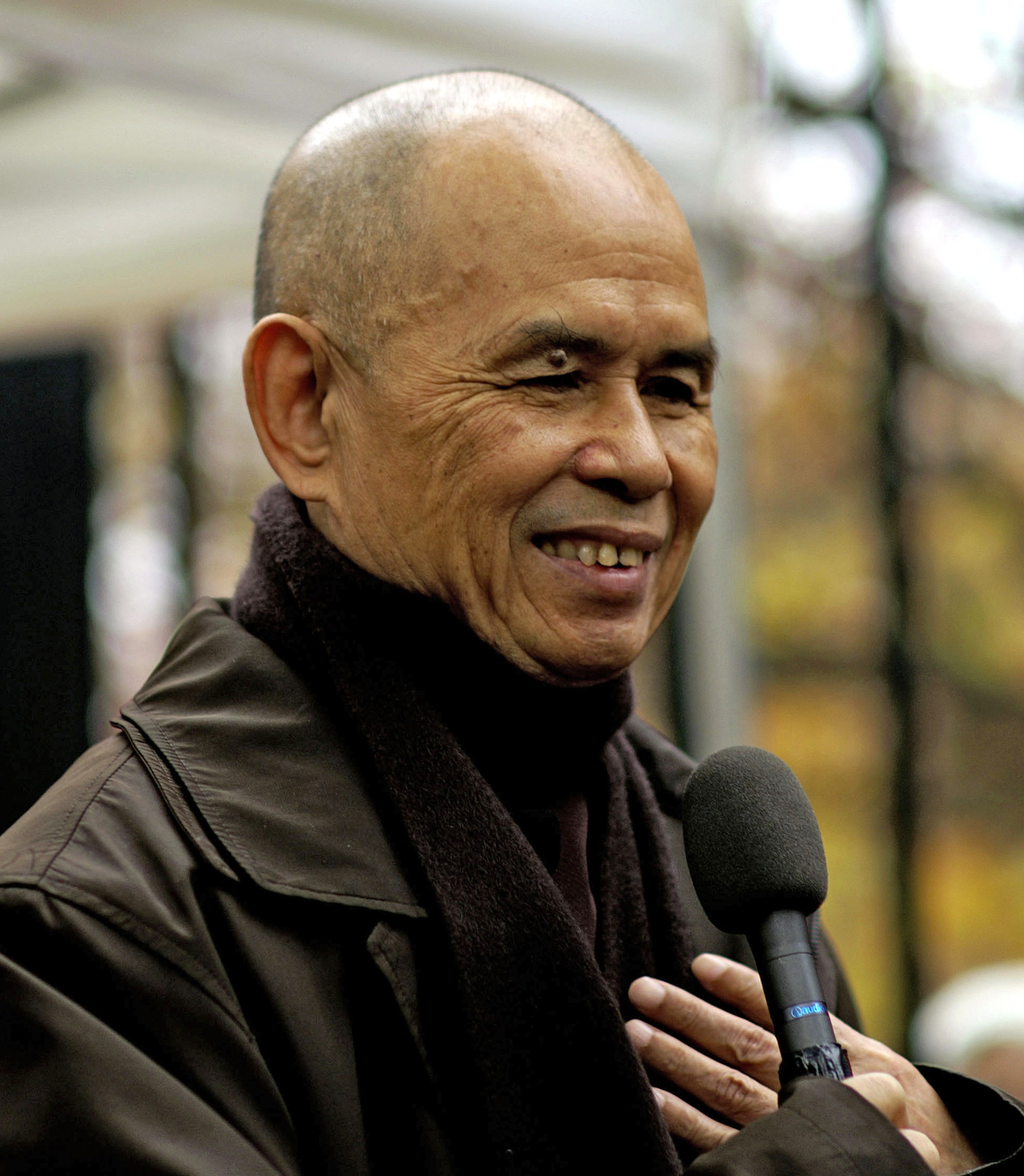 Thich Nhat Hanh, a Vietnamese Buddhist monk of Buddhism, is said to be worldwide as a peace activist, author, and teacher. His writings and speeches have greatly influenced the religion of western Buddhists. Called "Thay," or teacher, by his followers, he is closely associated with a dedicated practice of consciousness.

Because of your smile, you make life more beautiful.

Because of your smile, you make life more beautiful.

To be beautiful means to be yourself. You don’t need to be accepted by others. You need to accept yourself.

Because you are alive, everything is possible.

We are here to awaken from our illusion of separateness.

Waking up this morning, I smile. Twenty-four brand new hours are before me. I vow to live fully in each moment and to look at all beings with eyes of compassion.

In true love, you attain freedom.

The most precious gift we can offer others is our presence. When mindfulness embraces those we love, they will bloom like flowers.

Look at flowers, butterflies, trees, and children with the eyes of compassion. Compassion will change your life and make it wonderful.

Living our life deeply and with happiness, having time to care for our loved ones – this is another kind of success, another kind of power, and it is much more important.