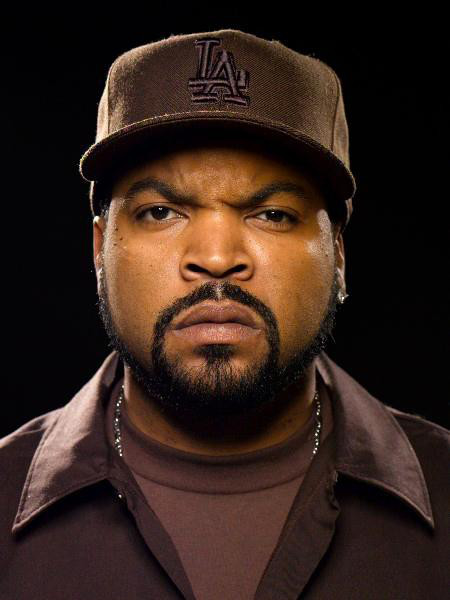 Actor and rapper Ice Cube was born in South Central Los Angeles in 1969. Along with fellow rapper Dr., Dre, Eazy-E, DJ Yella and Mc Ren, he rose to prominence in the late 1980's as a member of a self-proclaimed criminal gang. group, NWA After splitting alone in '89, Cub has combined the work of successful recording and acting, as he has appeared in films on Friday (1995), Barbershop (2002) and 21 Jump Street (2012).

"I did 'Are We There Yet?' because I wanted to do a movie for my fans' kids. Black kids don't really see movies on this budget for them, starring them. And there's so many white kids that love that movie."

"It never gets old. Working with somebody like Kevin Hart is rejuvenating in a lot of ways. He's such a pro. He's so good."

"My worst ever car was a green Datsun B210, back when they called it 'Datsun' - now it's 'Nissan.' Very unsexy, unattractive. Girls hated the car. I was embarrassed to even be in it... but it was my transportation."

"When people see the Cubevision logo, they should know it's something good, something worth checking out."

"I go light on breakfast. Sometimes it's a yogurt, but a lot of times it's leftovers from one of my wife's dinners."

"I'm not the type of actor who is trying to do a whole bunch of different stuff, you know what I mean?"

"Can't step from one movie set to the next. Only Samuel L. Jackson can do that. All us mere mortals can't do that!"

"I'm not really into the political game as far as paying politicians and stuff like that, I'm not into that. You do your job, and I'll do mine."

"Obama reminds me of the black kid at a white school that don't nobody want to play with."

"Some people have a taboo about doing advertising in the States. You know, where they kind of make their bread and butter. But to me, that's crazy."

"When I was in N.W.A. and didn't get paid all the money I was owed, that's when the business side of showbiz hit me."

"Music has done a lot to enhance the emotions of sports. It's played in arenas. Whenever there is footage cut together they're always using music. And it goes together, you know."